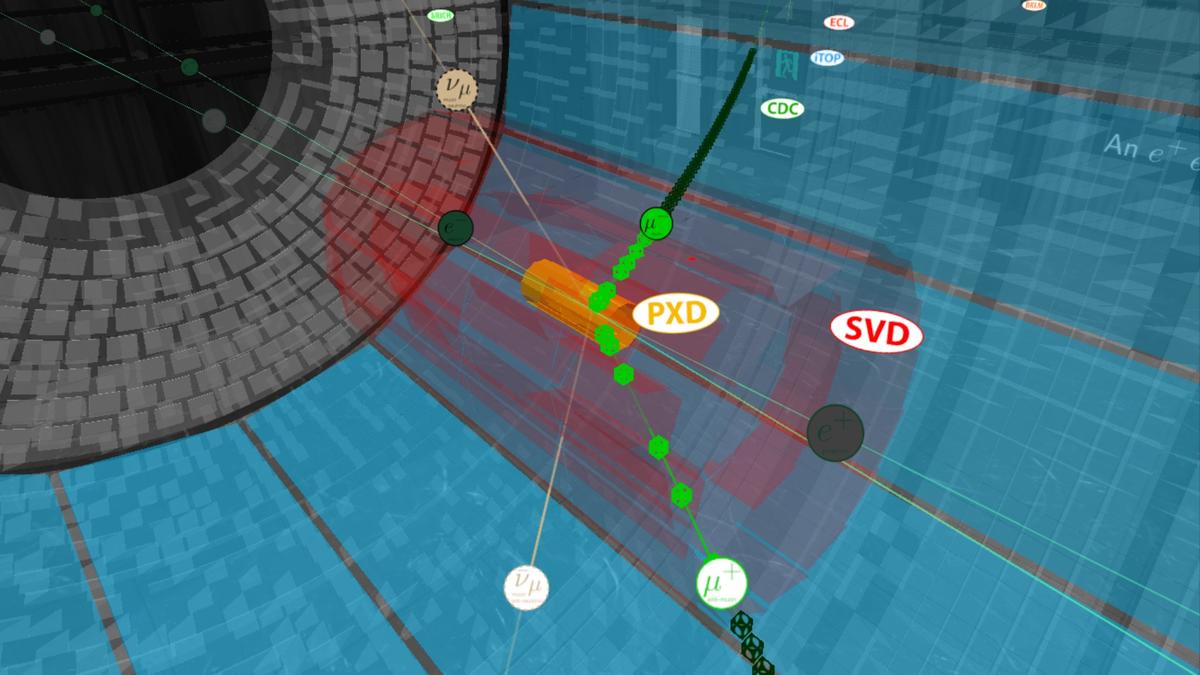 Figure 1 : A computer graphics image of a simulated event in which a Z' boson is produced by e+e- collisions, in association with two muons (green curves and hits) and decays into invisible particles. In this figure, the Z’ boson decays into an invisible neutrino and an anti-neutrino, but it may also decay into a dark matter particle and its anti-particle. In either case, no trace is left is in the detector.／© KEK, Belle II, created using Belle II in Virtual Reality developed by Zachary Duer, Tanner Upthegrove, Leo Piilonen, George Glasson, W. Jesse Barber, Samantha Spytek, Christopher Dobsonat the Virginia Tech Institute for Creativity, Arts and Technology, Virginia Tech Department of Physics, Virginia Tech School of Education.

The Belle II international collaboration has published its first results in a paper selected as an Editors’ Suggestion in Physical Review Letters The paper reports the first search for a new type of elementary particle that may act as a “portal” between ordinary matter and dark matter, which is understood to make up some 85% of the matter in the universe.

Summary of the result

The Belle II experiment, which operates at the SuperKEKB electron-positron collider in Tsukuba, Japan, searched for a hypothetical new particle called the Z’ that may act as a “portal” between ordinary matter and dark matter. Belle II data collected in 2018 shows no evidence of the Z’, setting new limits on the properties of such a particle.

Cosmological observations in recent years provide strong evidence that only 15% of the mass of the matter of the universe is known to us, while the remaining 85% is composed of some still undetected and mysterious particles known as dark matter. A great deal of effort in the international particle physics community, including the Belle II experiment, is now focused on finding evidence of dark matter particles.

A Z’ boson is one of the proposed theoretical candidates that might connect dark matter with the ordinary world. If it exists, it could be produced in electron-positron collisions at SuperKEKB and subsequently decay to invisible dark matter particles (Figure 1). Discovery of a Z’ boson might solve important open issues in particle physics related to the behavior of dark matter and resolve some anomalies observed in other experiments that cannot be explained by the reigning theory of particle physics (the Standard Model). 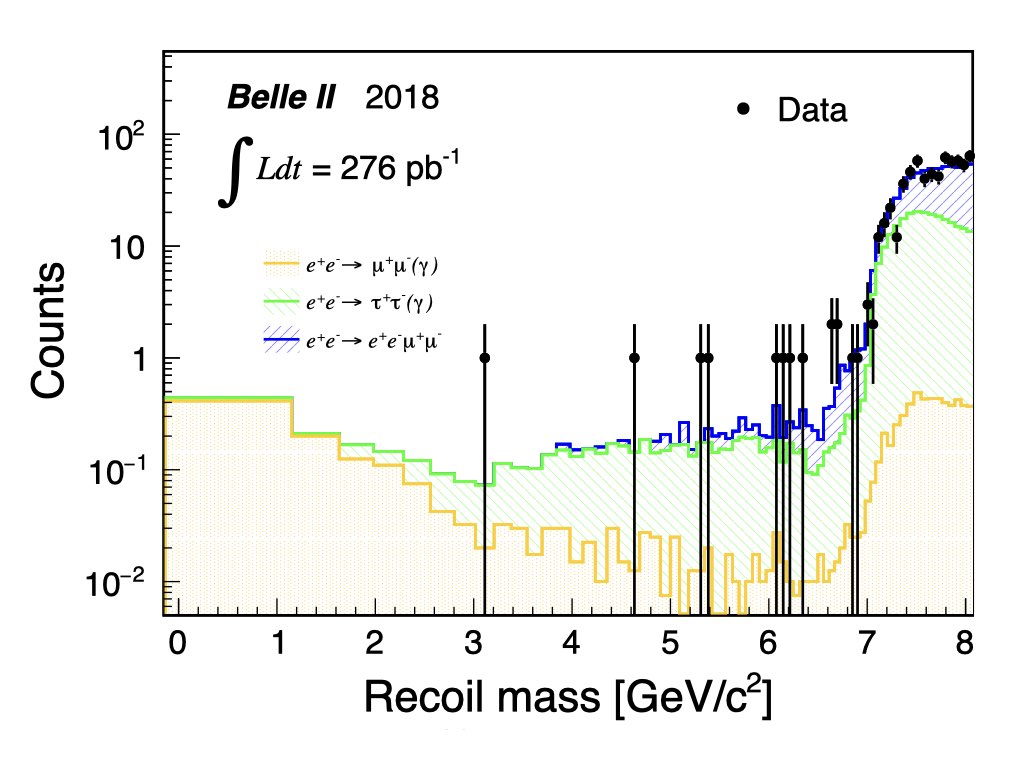 Figure 2 : Mass of the Z' candidates (data points) compared to the expected background events (histograms) on a semi-logarithmic scale. Although the dark matter particles cannot be directly observed at Belle II, mass of the candidates could be determined from the energies and momenta of the other particles produced in the electron-positron collision simultaneously with the Z' candidate. The presence of a Z' would show up as a sharp excess of data over the background. No such structure is visible here.／This figure is taken from Fig. 2 of the paper: I. Adachi et al, (Belle II Collaboration), Phys. Rev. Lett. 124, 141801 (2020), DOI:10.1103/PhysRevLett.124.141801 published under the Creative Commons Attribution 4.0 International license.

Theoretical models and detailed simulations predict that Belle II could detect a clear signal that Z’ particles are being produced in electron-positron collisions by searching for an excess of events containing a pair of two oppositely charged muons (heavy cousins of electrons). So far, the data show no such signal (Figure 2). Further searches in a much larger data set yet to be collected by Belle II will either reveal a feebly interacting Z’ boson—or rule it out.

This first physics result was obtained by analyzing a small data sample collected during the commissioning of SuperKEKB in 2018. Since 2019, SuperKEKB and Belle II have been collecting data in full operation mode, while steadily improving the performance of these sophisticated machines*1. Eventually, the experiment will acquire 180,000 times more data than used in the first published analysis. With a data sample of this unprecedented size, Belle II will perform many studies related to dark matter, searches for new particles, and precision measurements that will help elucidate the fundamental laws of Nature.

Note added: The data used for this analysis were recorded in 2018. Currently, because of the COVID-19 pandemic, all international travel to KEK is suspended, but the accelerator and experiment continue to operate thanks to the extraordinary dedication of KEK staff and Belle II members stationed at KEK as well as international cooperation through remote internet connections.

Background information about SuperKEKB and Belle II, including a glossary of technical terms, is available at https://www.kek.jp/old/en/newsroom/2019/03/11/1600/

High resolution photos of this article are available at KEK Public Image Archives. For use with appropriate credit.