The Workshop on Advanced Superconducting Materials and Magnets held at KEK 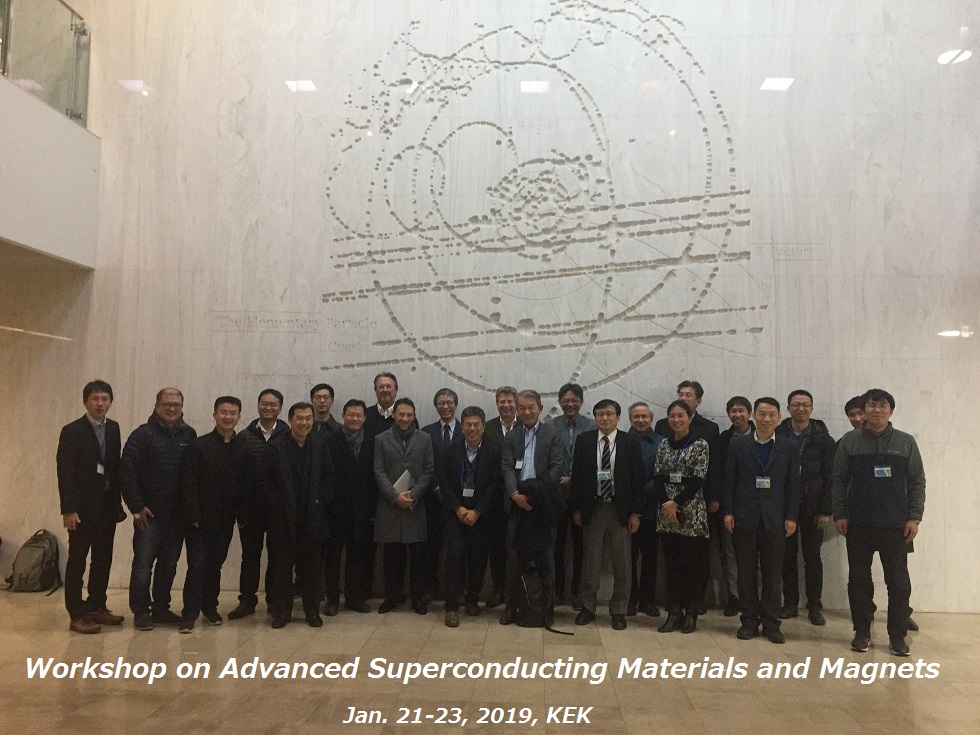 From January 21st to 23rd, The “Workshop on Advanced Superconducting Materials and Magnets” (Chair: Prof. Toru Ogitsu, Head of Cryogenics Science Center, KEK) was held at KEK Tsukuba Campus. Approximately 40 researchers attended, including the participants by video-conference, and more than half of them were from China, Europe and the United States.

At the workshop, approximately 30 talks were given, which reported the latest research activities of superconducting magnets. Lively discussions were followed after each talk.

One of the most impressive in this workshop was the speed of development on the Chinese side, almost surpassing Japan, which should have been miles and miles ahead of the competition until very recently.

While most reports from Japan showed that they continued their R&D steadily but on a relatively small scale, many talks from China clearly indicated that they carried out their R&D more actively, backed by an enormously abundant financial power.

Participants from Europe and the United States also announced their intention to stay competitive by setting up a large scale R&D plan and accelerating the speed of it developments.

In conclusion, this workshop made it clear that global competition over the initiatives in development of high-magnetic-field magnet for next-generation hadron collider has increasingly intensified in recent years.