On February 1st, 2016, an electron beam was successfully transferred from the linac to the entrance of the main ring of the SuperKEKB electron-positron collider at KEK. In the days that followed, a beam of positrons was also transferred to the entry point of the main ring.Trial operation requires the adjustment of more than 2000 magnets in the electron and positron rings that are situated around the 3.1 kilometer circumference of SuperKEKB.

SuperKEKB along with the Belle II detector is a facility designed to search for New Physics beyond the Standard Model by measuring rare decays of elementary particles such as b quarks, c quarks and tau leptons.

In contrast to the LHC at CERN in Geneva, Switzerland, which is the world's highest energy machine, SuperKEKB/Belle II located at KEK in Tsukuba, Japan is designed to have the world's highest luminosity (a factor of 40 higher than the earlier KEKB machine that holds many records for accelerator performance). Thus, SuperKEKB is the leading accelerator on the "luminosity frontier".

The Belle II detector at SuperKEKB was designed and built by an international collaboration of over 600 physicists from 23 countries. This collaboration is working closely with SuperKEKB accelerator experts to optimize the machine performance and backgrounds.

During the trial operation period SuperKEKB commissions without the Belle II detector in place. 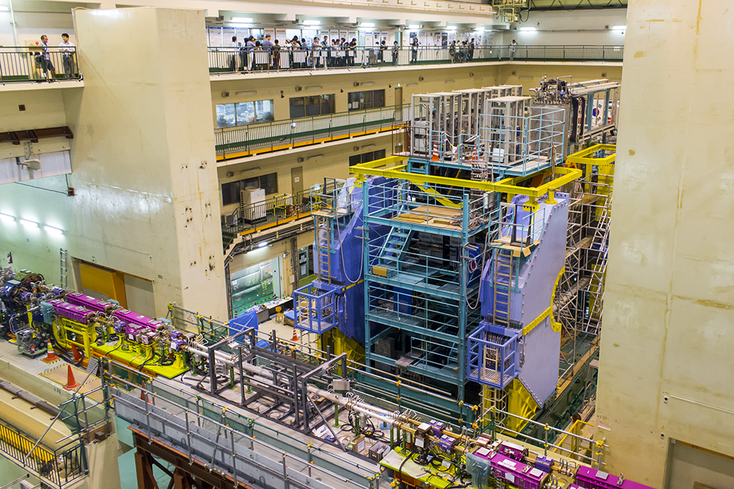 The collision point of SuperKEKB is visible on the lower left. On the right is the Belle II detector, which is under construction.(Sept. 6th, 2015) 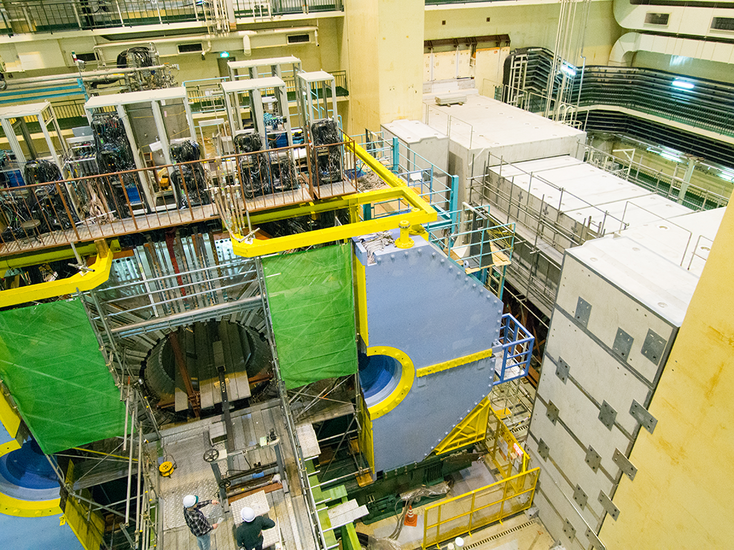 The collision point of SuperKEKB is covered by concrete shielding blocks.(Feb. 1st, 2016) 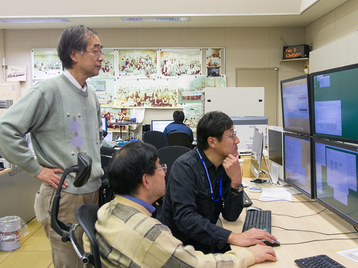 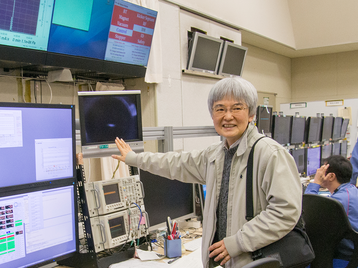 Prof. Haruyo Koiso is checking the electron beam on the monitor .


Confirmed electron beam on the monitor