On October 6, 2015, KEK and the U. S. Department of Energy (DOE) signed a Project Arrangement concerning high energy physics.

A signing ceremony was held at the American Ambassador's Residence in the presence of H.E. Ms. Caroline Kennedy, Ambassador Extraordinary and Plenipotentiary of U.S.A and H.E. Mr. Hakubun Shimomura, then Minister of Education, Culture, Sports, Science and Technology (MEXT).

The history of the U.S. - Japan cooperation program in the field of high energy physics has lasted for more than 35years, with distinguished research outcomes and many talented researchers fostered through the project.

H.E. Ms. Kennedy and H.E. Mr. Shimomura expressed admiration for fruitful cooperation between the U. S. and Japan on science and technology, mentioning meaningfulness for continuing the U. S. - Japan cooperation program in the field of high energy physics for the future.

With the conclusion of this Project Arrangement between KEK and DOE, further development of cooperation in research is expected among the U.S. and Japanese institutes in the field. 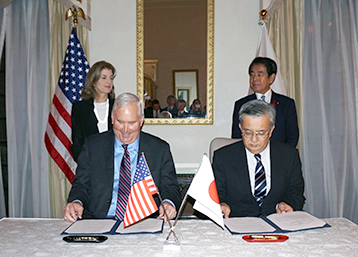 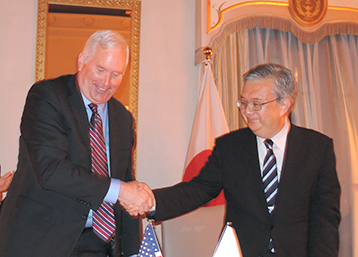 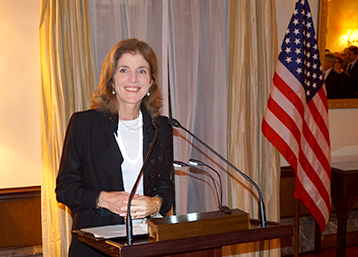 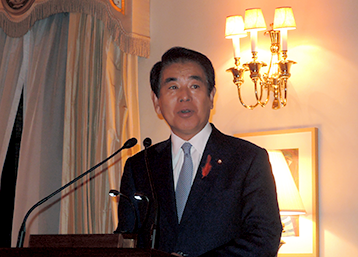 H. E. Mr. Shimomura made his remarks after signing of Project Arrangement.