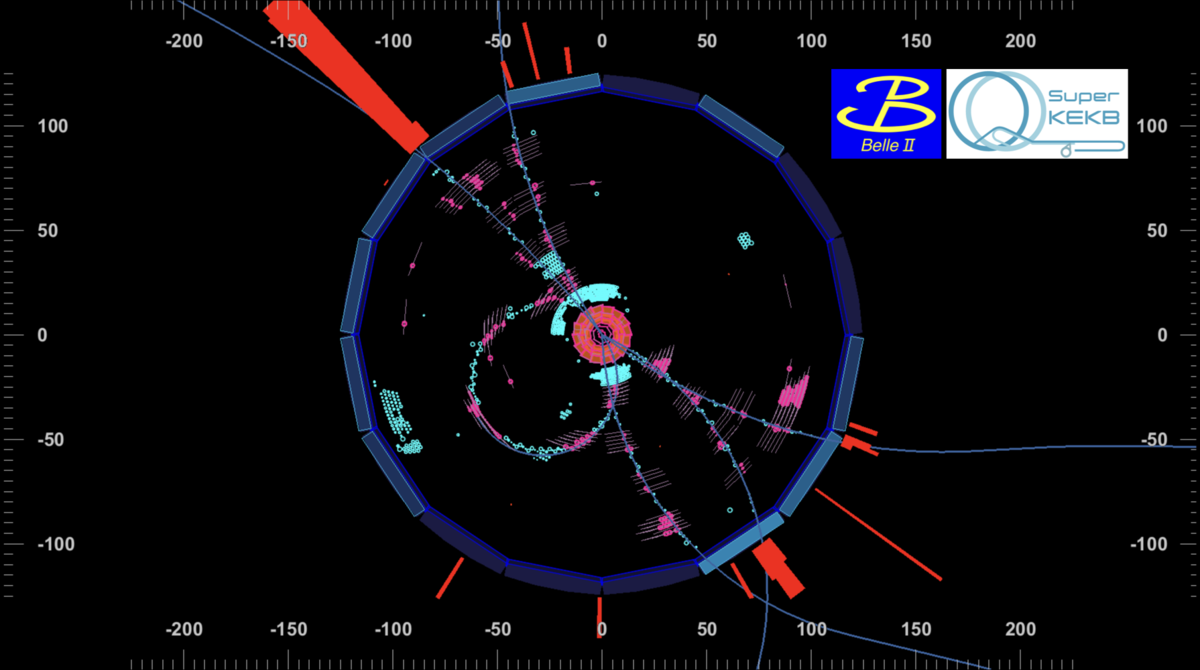 On March 25 19:44 (JST), 2019, electron-positron collisions have restarted at the SuperKEKB collider, and the Belle II experiment has now kicked off its physics data taking. Belle II is now fully instrumented with a state-of-the-art vertex detector, just in time for the start of the cherry blossom season in Japan.

The first stage of Phase 3 operation of the SuperKEKB project began successfully on March 11th with the circulation of electrons in one of SuperKEKB’s two accelerating rings, marking a major milestone in the development of Japan’s leading particle collider.

Today is the first time in Phase 3 that electrons and positrons have collided inside Belle II. Phase 2, which took place from March to July of 2018 was the “pilot run” of SuperKEKB and Belle II. Phase 3 will be the first physics run of the project, in which the Belle II experiment will take data with a fully equipped detector.

Belle II and SuperKEKB are poised to become the world’s first Super B factory facility. The KEKB accelerator, which operated from 1999 to 2010, currently holds the world record luminosity (which is a measure of the rate of collisions) for an electron-positron collider. SuperKEKB, its successor, plans to reach a luminosity 40 times greater. Belle II aims to accumulate 50 times more data than its predecessor, Belle, and to seek out new physics hidden in subatomic particles that could shed light on mysteries of the early universe.

Belle II will perform a broad range of extremely high precision and fundamental measurements in flavor physics, particularly of properties of the bottom quark, charm quark, and tau lepton. In recent years, there has been a great deal of excitement worldwide about a number of intriguing hints of new physics in the decays of B mesons, particles which contain bottom quarks. Over the coming decade Belle II will accumulate enough data to either confirm or rule out the existence of new physics in these decays. In addition, Belle II will carry out a number of unique searches for dark matter particles.

Background information about SuperKEKB and Belle II, including a glossary of technical terms, is available at https://www.kek.jp/en/newsroom/2019/03/11/1600/

Belle II shift room at the time of first collisions