IHEP-KEK Cooperative Meeting has been held annually as a director-level meeting on a regular basis for more than ten years. Dr. Wang Yifang, Director of IHEP, and Dr. Yamauchi Masanori, Director General of KEK, both appreciated the successful collaboration between two institutions and demonstrated each research overview at the beginning of the meeting. The participants then exchanged information and their opinions on each research activities and future plans.

IHEP reported the progress of their various research programs such as JUNO, BEPCII, CSNS, LHAASO and the synchrotron radiation experiments at BSRF. They expressed their high expectations for the continual and further collaboration for each program with KEK.

KEK reported the status of the international collaborative experiments of particle and nuclear physics such as Belle II, COMET, T2K and research and developments in material structure science and accelerator science. It was confirmed that the cooperation with IHEP in those research areas was going well.

Each participant shared views that they should also reinforce mutual cooperative relationship to promote future large projects, like R&D of ILC and CEPC in addition to the ongoing projects.

The next IHEP-KEK Cooperative Meeting is planed to be held in the spring of 2017. 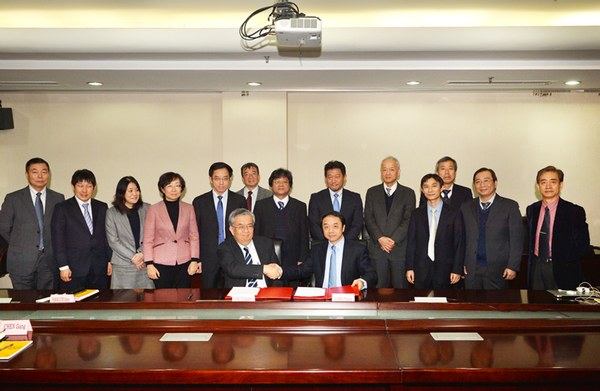