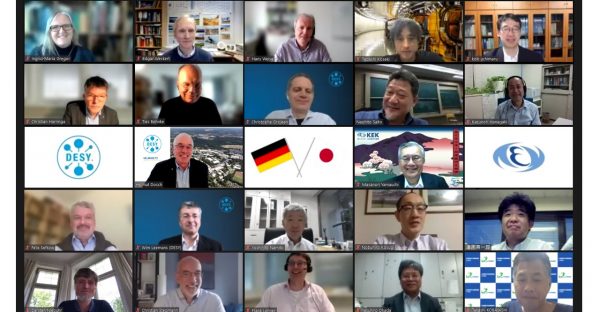 The 8th KEK-DESY directorate meeting was held on Tuesday, May 18th between KEK and Deutsches Elektronen-Synchrotron DESY (DESY) to provide a forum for their communication of representatives. The first meeting started in 2005 and it has been held regularly almost once every two years.

This year it was held remotely due to the COVID-19.

This was the first meeting with new directors of KEK that started on April 1. There were active discussions on progress at both institutes relating to accelerator science, particle and nuclear physics and material science, especially for the Belle II experiment and the development of superconducting acceleration technology, which are being carried out under the cooperation between the two countries. 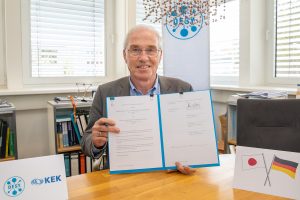 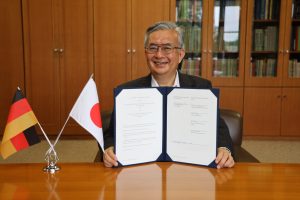