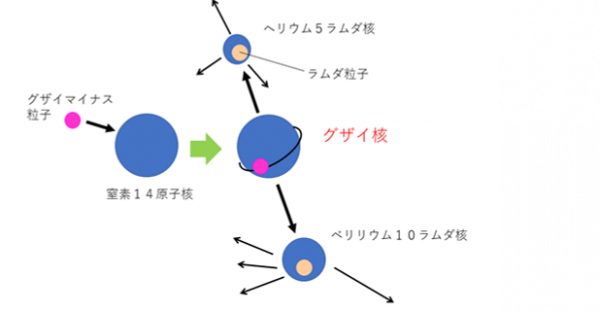 Fig. 1. Microscope image recorded in the emulsion and its schematic drawing of the IBUKI event.

An international team of 97 researchers from 26 institutes of 6 countries, Japan, Korea, USA, China, Germany, and Myanmar led by Kazuma Nakazawa, a senior professor of Gifu University, observed the decay of a Xi hypernucleus in a nuclear-emulsion experiment carried out at J-PARC, Tokai, Japan.
In the observed event as shown in Fig. 1, which is named “IBUKI” after Ibuki Mountain in Gifu, a Xi-minus particle, which contains two strange quarks, was bound to a Nitrogen-14 nucleus. By a detailed analysis of the decay products observed in the emulsion, the Xi hypernucleus mass could be precisely determined for the first time. The precise mass measurement of Xi hypernuclei gives information on “strong interaction” between a Xi-minus particle and a nucleus, and underlying interaction between a Xi particle and a proton/neutron. Since particles containing strange quark (hyperons), such as a Xi-minus particle, are predicted to appear in the core of neutron stars, which are the densest objects in the Universe, then the strength of the interaction leads to an understanding of which hyperons appear in which densities in neutron stars, and hence the structure like the radius and pressure inside. This result, therefore, is expected to contribute the understanding how the matter was formed from quarks, the elementary particles, and what is the structure of interior of neutron stars which are often described as giant nuclei.

The result was published online in “Physical Review Letters (PRL) on Friday 12 February, 2021 (Japan time). The paper was selected as an Editors’ Suggestion and the commentary article was also published in Physics Synopsis (https://physics.aps.org/articles/v14/s15). Microscope image (Fig.1 left) was shown in the cover page of PRL Volume 126 Issue 6 issued on 12 February (USA time).

Key points of this research results

◆A Xi-hypernucleus was observed in the experiment at J-PARC.
◆The existence of the Xi hypernucleus was first confirmed in our past experiment, but we were unable to determine its mass, uniquely.By the present observation, however, the mass of the Xi hypernucleus was precisely determined for the first time.
◆Mass of the observed Xi hypernucleus gives information on strong interaction between a Xi-minus particle  and a nucleus and the underlying interaction between a Xi particle and a proton (neutron). This is an important finding that will help us to understand how nuclei are formed from quarks, as well as the internal structure of the densest neutron stars in the Universe from a ground-based experiment.