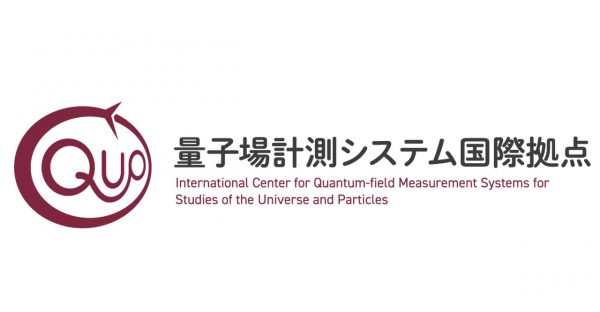 A new World Premier International Research Center Initiative (WPI) promoted by the Ministry of Education, Culture, Sports, Science and Technology (MEXT) is in place at KEK. The award was announced in the previous news article https://www.kek.jp/en/press-en/202110081335/. The new center, the International Center for Quantum-field Measurement Systems for Studies of the Universe and Particles (QUP), is officially launched on the 16th December 2021.

KEK has appointed Dr. Masashi Hazumi as the director of QUP. With Dr. Kazunori Hanagaki as the deputy director and Dr. Katsuo Tokushuku as the administrative director, the director will appoint 12 Principal Investigators (PIs), as planned. More research professors, post-docs, and administrative staff will soon be open-called, increasing to about 110 researchers in the family in the next two years. QUP’s tagline is “bringing new eyes to humanity.” In physics, new research methods or means to establish theories underlying our present knowledge are highly valued, as seen from past research for which Nobel Prizes have been awarded. This center will return to the essence of physics and conduct interdisciplinary research for developing new methodologies by integrating particle physics, astrophysics, condensed matter physics, measurement science, and systems science. QUP’s inventions and development will be based on the most fundamental object of nature, the quantum field.

After the selection at the end of September, directors and nominated PIs discussed research planning. Dr. Hazumi says, “The more we discuss our collaborations, the newer ideas come up. The center chooses to develop a new superconducting sensor system for the LiteBIRD satellite as QUP’s flagship project. As the 2nd flagship project, our idea is to open-call for new innovative proposals for discovering a new quantum field. I have named it “the project Q.” The center is open to the world society for a leap in the quantum measurements through the competition to define the project Q.”

QUP’s strength lies in the breadth of technology covered, which will lead to applications in various academic fields in and beyond physics and their vast and high-level fusion. It will pave the way for implementation in the future society, as represented by smart cities.

Dr. Hideo Iizuka, a nominated PI from Toyota Central R&D Labs, Inc. (TCRDL), endorses. “At the beginning, we thought KEK and Toyota group were living in far different worlds. Through some discussions with Masashi, we are now aware of various similarities in both technologies. QUP should be a melting-pot for a fusion of the different areas of science and engineering.” Dr. Iizuka already has a solid research plan at QUP on the application of the fundamental force in quantum field theory.

Dr. Maurice Garcia-Sciveres, another nominated PI from Lawrence Berkeley National Laboratory, added, “It is very exciting to be a part of this transformative initiative. In QUP we will be working together on novel electronic and quantum detectors (“new eyes”), ranging from those for extreme rate and radiation environments, to those for measuring faint whispers in the quietest of environments. These new technologies will let us precisely measure subatomic particles and interactions, and search for the elusive dark matter particle, respectively.”

Names of all nominated PIs are;

QUP starts voyages for developing various quantum measurements with the researchers from the diverse field under the flag of “captain Hazumi.” 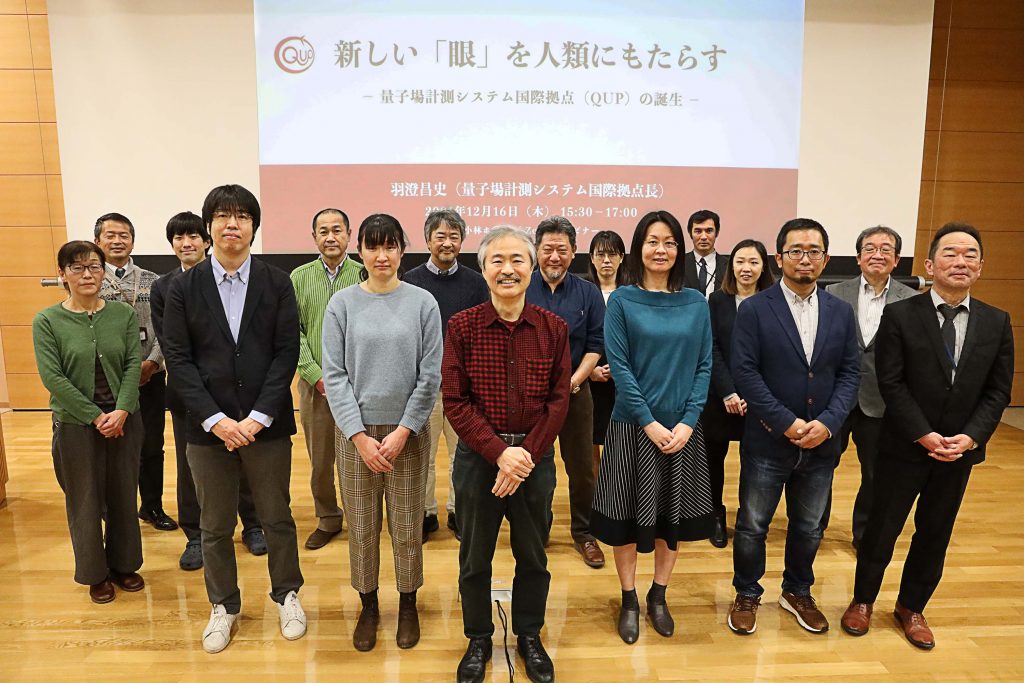