On December 14th, George Freeman MP, UK Minister for Science, Research and Innovation, Department for Business, Energy and Industrial Strategy, and his delegation visited J-PARC in Tokai, Ibaraki which is operated jointly by the High Energy Accelerator Research Organization (KEK) and the Japan Atomic Energy Agency (JAEA). The Minister Freeman and his delegation were briefed by Dr. Junji Haba, the Executive Director and Dr. Takashi Kobayashi, the Director of J-PARC Center, on KEK’s cooperative relationship with UK and their contributions to the scientific programs at J-PARC, such as the neutrino experiments and COMET experiment.

In particular, the co-spokespersons for the Hyper-Kamiokande Project (HK), Prof. Masato Shiozawa, University of Tokyo and Prof. Francesca Di Lodovico, King’s College London, and the leader of the UK group, Prof. David Wark, University of Oxford gave presentations on the progress of the project and also the UK’s contribution to the HK project. They expressed their appreciation for the continuous supports by the UK government.

The Minister Freeman gave a short speech in front of the staff and users at J-PARC: “This kind of research is not only hugely inspiring to people, it goes to the heart of our humanity. It also brings technological developments to a new generation. I am delighted to announce that the UK has decided to allocate extra funding for the HK project.” 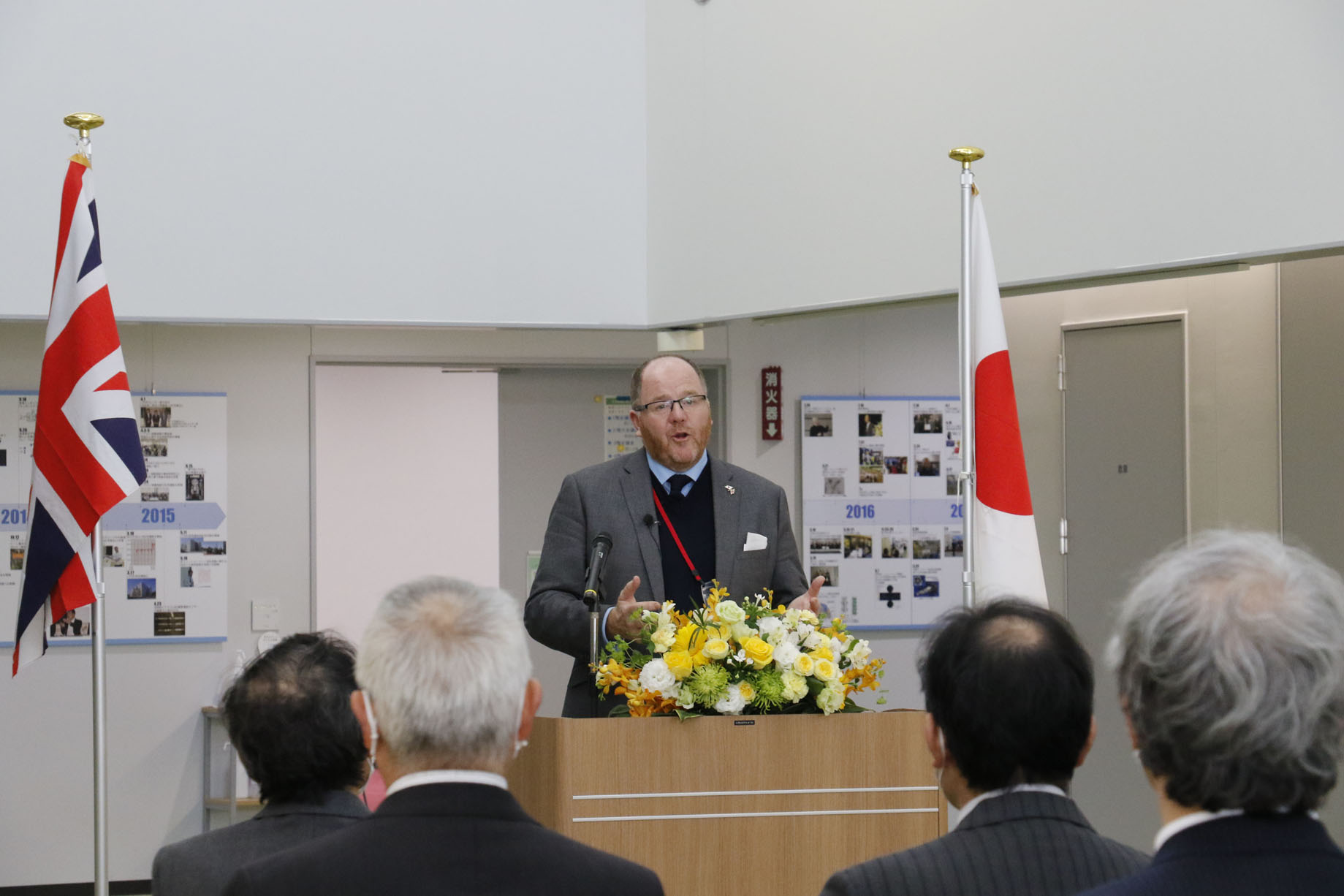 The Minister George Freeman MP gave a short speech in front of audience.

The visit reaffirmed the strong ties between UK and Japan, and is expected to further research collaborations.