The meeting began with a presentation by Dr. Yamauchi, Director General of KEK, introducing KEK’s research activities especially international cooperation including the T2K experiment and Hyper-Kamiokande (HK) project. The Ambassador referred to the meeting between Prime  Minister Kishida and Prime Minister Johnson on May 5, and noted the strong scientific  partnership between the two countries resulting in a large number of highly-cited co-authored papers, and the importance of continued cooperation. Dr. Yamauchi also explained the status of International Linear Collider (ILC) project, and the Ambassador offered her cooperation to enable progress of the project.

Dr. Hazumi, Director of the International Center for Quantum-field Measurement
Systems for Studies of the Universe and Particles (QUP) which was launched on December 16, 2021, explained QUP’s programs. He explained the important role of the University of Oxford, which is the main partner in one of the programs. The Ambassador commented that the excellent diversity of programs makes the project very attractive.

After meeting with Dr. Yamauchi, the Ambassador and her delegation visited the Advanced Accelerator Test Facility (ATF), Superconducting RF Test Facility (STF), and the Belle II Experiment and SuperKEKB.

It is anticipated that the Ambassador’s visit will strengthen cooperation between the two countries and promote research activities. 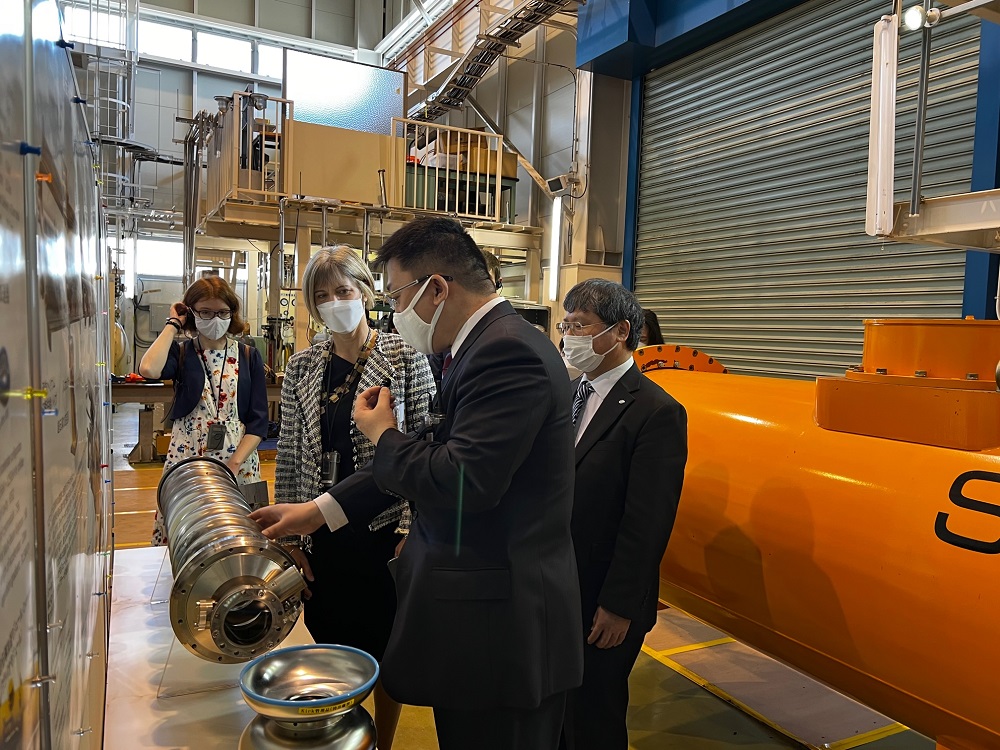 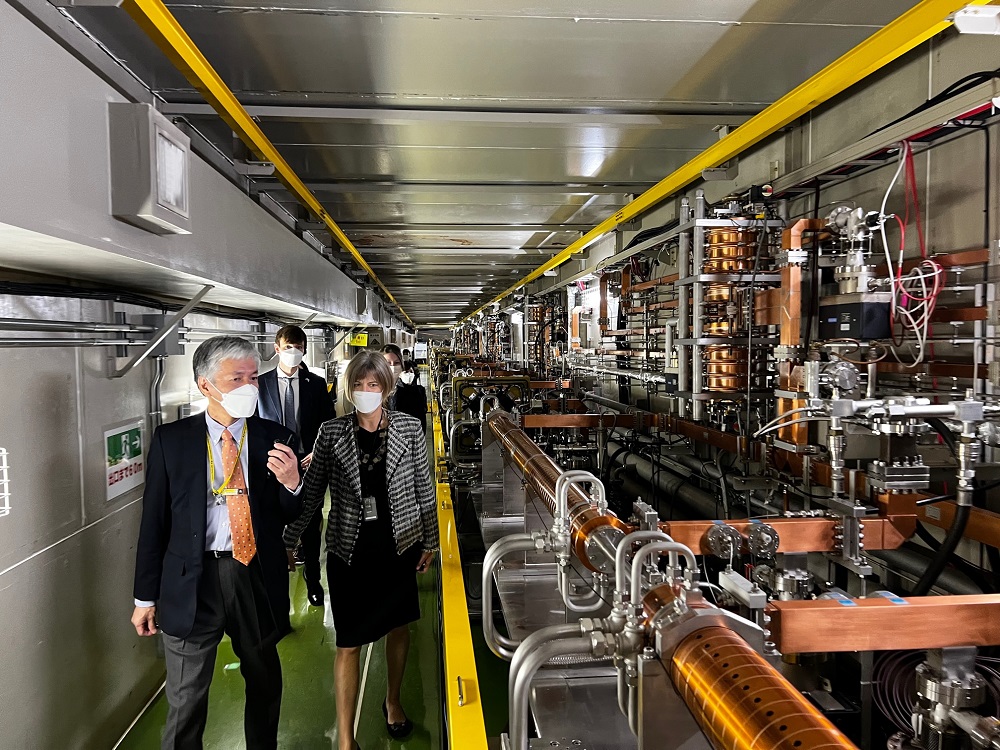