Happy New Year to you all. I sincerely hope that 2022 will be a fruitful and successful year for you, your families, and for KEK.

Last year, 2021, marked the 50th anniversary of the founding of KEK. In November, we held a commemoration ceremony and commemorative symposium. In addition to gratitude to those who participated, I feel inspired to live up to the great expectations that they have for KEK. Since KEK was founded half a century ago, it has borne responsibility, alongside university researchers, for the development of a broad range of science, from particle physics to materials structure science using particle accelerators. It can be said that the principle of “inter-university research” has been a constant throughout KEK’s history. Listening to the congratulatory addresses and lectures at the ceremony and symposium reaffirmed my conviction that inter-university research is truly helpful to academic research and has been effective in producing research results. I believe that it is our obligation, not just to once again show respect for the wisdom of our predecessors who established the concept of inter-university research half a century ago, but to continue to move forward together, thinking of how we can create new value that surpasses the intellectual assets we inherited from our predecessors.

There are just over two years left in my term as director general. And I have recently begun to dwell more often on what I should do over the next two years in order to pass the baton to my successor. I want to talk about just one of the things that is on my mind: that is, to gain a perspective on our future plans in the fields of particle physics and synchrotron radiation. Over the history of research into elementary particles, many particle accelerators have been constructed around the world, and their use has culminated in an outstanding theory that we call the standard model of particle physics. That human knowledge has advanced to this point is something that I believe we should take pride in as being among the crowning achievements of human history. However, the universe still holds many great mysteries that this theory cannot explain. To solve these mysteries, we need to understand greater physical laws that incorporate the standard model. We still have no experimental clues as to what these greater physical laws might entail. Current research at KEK and other research institutes is attempting to reach the borders of this new physics. This is important research, but many physicists believe that a new generation of larger accelerators is needed in order to get a clearer glimpse of the overall picture. If we can come to understand these next physical laws as well as we understand the standard model, we should be able to clear up many of the universe’s riddles. The ILC (International Linear Collider) would be a machine that would use a linear accelerator to accelerate electrons and positrons to high energies before smashing them together. This project is also aimed at discovering these deeper laws. In addition to this, there are several other contenders such as CERN’s FCC (Future Circular Collider), a gigantic circular accelerator. However, all of these would incur huge construction costs and require global cooperation between researchers and national governments. If this cannot be accomplished and the development of high-energy particle accelerators comes to a halt, then humanity may not be able to advance its systematic understanding of elementary particles beyond where it is today, even if given several hundred years. This is not a simple feat, but if we are to ensure that humanity’s knowledge does not stall out at the standard model, we will need to overcome these difficulties. As an international base for research into elementary particles, KEK must fulfill its role at the center of this international cooperation. 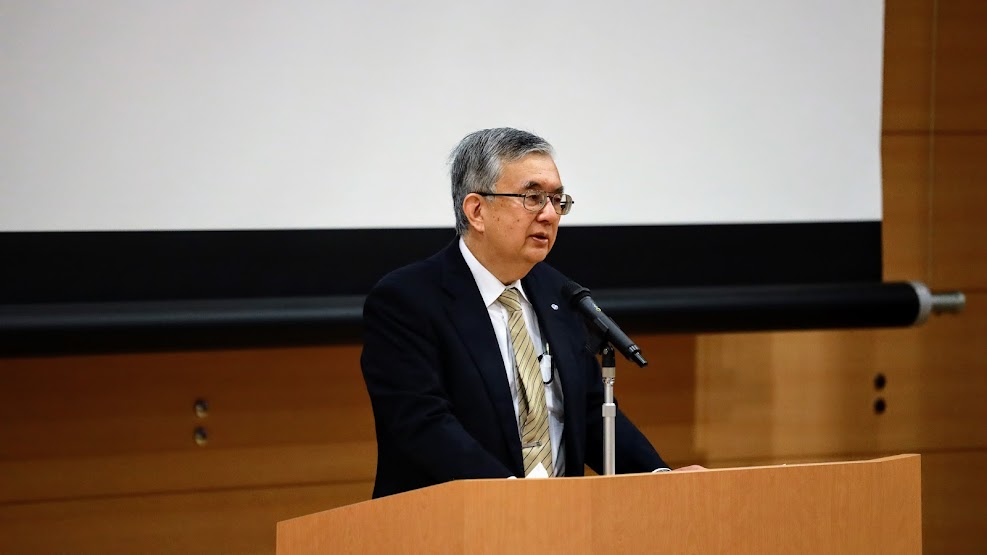 In addition to fundamental research into things such as elementary particles, KEK also bears the important role of advancing research into materials and life sciences using accelerators. For this reason, we have two light sources, PF and PF-AR, which are being very actively employed through shared use by many researchers from academia and industry. However, both are nearing almost 40 years since their construction, and it cannot be denied that they are not only aging but also starting to lose their competitive edge. On the other hand, unlike for research into elementary particles, accelerators with cutting-edge performance are not necessarily critical for research into living things and the physical properties of matter using synchrotron radiation. As long as there is a stable beam, researchers can conduct cutting-edge research according to their ideas. For this reason, fewer of these researchers are of the opinion that a synchrotron light source is absolutely necessary. As a result, joint research at PF and PF-AR has continued to date with only repeated updates to the equipment. Of course, it is wonderful that during this time researchers have produced numerous outstanding results even though the light sources are aging. However, as a research institute with some of the most advanced accelerator technology in the world, KEK should not be content with this, but should take up the ambition to create new light sources based on novel ideas and use them to forge ahead into new synchrotron radiation science. On speaking with everyone at the synchrotron radiation experiment facilities, the opinion is that we should consider this carefully for about another six years. It does not seem that we will be able to construct a plan during my term in office, but I would like to make at least a little progress in this direction.

I’ve related just one of the things left for me to do during my term as director. But I am also thinking about a variety of other challenges, such as putting the federation on track, dealing with the reduction in subsidies for operating expenses, formulating a carbon neutral strategy, and getting the research facilities known as KEK-PIP on track. I believe we should tackle all of these challenges with the conviction that KEK, founded by our predecessors 50 years ago toward the ideal of inter-university research, is the kind of research facility necessary for universities and researchers to produce high-level results together in the coming era as well. None of these challenges can be met without the cooperation of everyone on staff. So I hope that you all will fully understand our goals and help us to attain them.

The path that KEK will tread will not always be smooth, nor will it always run straight, but I believe that basic scientific research that strives to reveal the actual substance of nature and matter at a fundamental level is among the most noble of human endeavors. All of you at KEK have a role to play in advancing or directly supporting this noble endeavor. I would thus like to ask all of you to take pride in your roles, and strive together to make 2022 a truly fruitful year. I and our executive directors will do everything in our power to support you in pursuing this goal. In closing, I want to offer you my heartfelt New Year’s greetings for this year, in the hope that you and your families will enjoy good health.