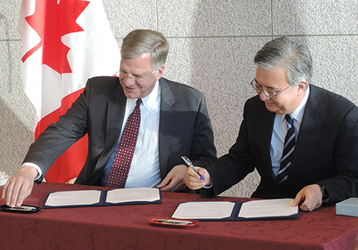 As international hubs for accelerator science, KEK and TRIUMF are involved in R&amp;D and operation of particle accelerator facilities and share many collaborative projects in these areas. To further strengthen collaborative research opportunities and jointly advance scientific efforts, this new agreement stipulates that each laboratory will set up a branch office at each other's respective institution.

"Canada and Japan share a long history of bilateral cooperation in science, technology and innovation," said H. E. Mr. Clugston. "TRIUMF and KEK are an excellent example of this. I am delighted to see this relationship strengthened through this agreement."

"Building on the recent award of the Nobel Prize in Physics to Canadian researcher Arthur B. McDonald and Japanese researcher Takaaki Kajita, I am pleased to see continued scientific collaboration between our two countries," said Ms. Bincoletto. "This agreement is a significant achievement and another milestone in advance of the 30th anniversary of the Canada-Japan Science and Technology Cooperation Agreement in 2016."

"For nearly half a century, both laboratories have served as an international center of excellence for accelerator science in each country and provided opportunities for scientific collaboration with a large number of domestic and foreign researchers," said Ms. Komatsu. "I hope that this agreement enables further exchange of researchers and collaborations between the KEK and TRIUMF, and that a lot of excellent outcomes are the result."

"This agreement represents an important milestone in the TRIUMF-KEK and Canada-Japan bilateral relationship," said Dr. Bagger. "It will enhance cooperation between our organizations and countries in support of cutting-edge research, such as the Ultra-Cold Neutron project in Canada and the T2K experiment in Japan. I look forward to continued close collaboration as TRIUMF and KEK together embark on the next step to better advance science, discovery, and innovation."

Dr. Yamauchi said "Building on KEK and TRIUMF's strong foundation of international scientific cooperation, this new agreement, particularly the establishment of branch offices, will facilitate and enhance our common work on current and future scientific projects of shared interest."

TRIUMF and KEK have shared multiple collaborative projects in these areas, with current efforts relating to the T2K and particle and nuclear physics experiments, the Belle II experiment, the Large Hadron Collider at CERN, the proposed International Linear Collider, materials and life science at J-PARC MLF. With the conclusion of this agreement between KEK and TRIUMF, is expected to significantly enhance research collaborations between the parties and promote joint projects using particle accelerator facilities. 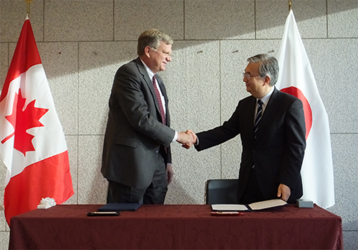 Dr. Yamauchi and Dr. Bagger shook hands with each other after signing. 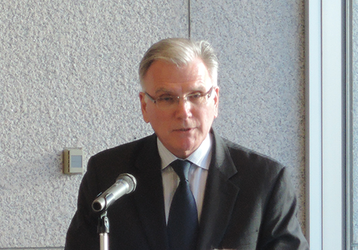 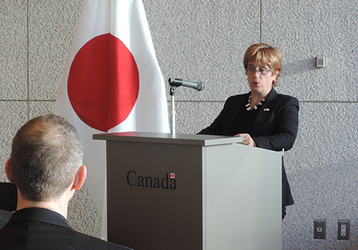 Ms. Bincoletto made her remarks. 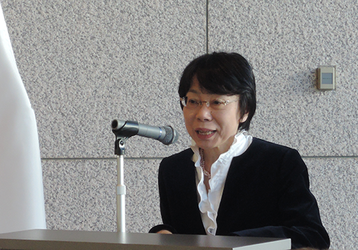 Ms. Komatsu made her remarks. 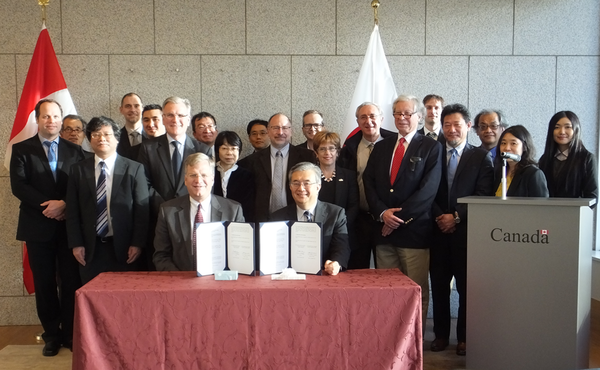 The group photo at signing ceremony.