Neutron temperature is cooled down by means of phonons in superfluid helium (He-II) to an ultracold neutrons (UCN) region. 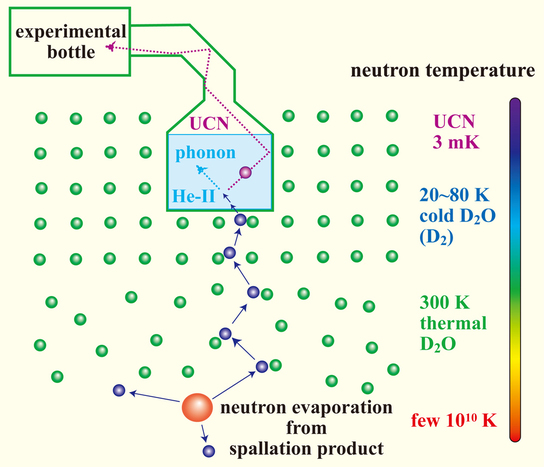 UCN can be conined in a material bottle for fundamental physics experiments. The UCN density in the bottle is clusial. We have realized a world competitive UCN density. UCN are produced from cold neutrons upon phonon excitations in He-II. The cold neutrons are produced from spallation neutrons.//A 390 MeV-1uA proton beam at RCNP, Osaka university impinges on a lead target. Neutrons are emitted upon spallation reactions. The temperature of these spallation neutrons ares in a 10^10 K region, which is cooled down to thermal neutron energies in a 300 K and cold neutron energies in a 10 K heavy water. The energy-momentum dispersion curve of the neutron intercept the dispersion curve of He-II phonon at the nergy of 1 meV, where the enrgy and momentum can be completely transfered from the neutron to the phonon. UCN are produced upon this downscattering. Reversed processes, UCN upscattering to cold neutrons are suppressed at temperatures below 1 K. UCN are extracted to a vaccum UCN guide for experiments through a cryogenic window placed in a superconducting magnet. UCN spins are polarized upon transmission through the magnet field. 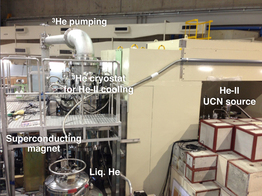 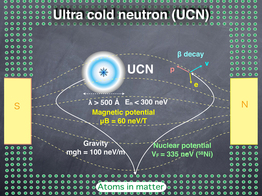