We search for and measure the transitions of K mesons (kaons) into lighter particles via specific patterns, on very rare occasions, due to broken symmetries in nature.

Our research is to search for the decay of the particles named “K mesons (kaons)” into lighter particles via specific patterns, on very rare occasions as once every forty billion decays, and to discover new laws of physics that are observable only through the rare processes.

The E14 KOTO experiment measures rare neutral-kaon decays to reveal new sources of symmetry breaking that can explain the matter-antimatter asymmetry in the universe.

In particular, the decay of a long-lived neutral kaon into a neutral pi meson (pion) and pair of neutrons will be observed for the first time. “KOTO” is the abbreviated name for “K0 at TOkai”.

At present,37 experimental physicists from the institutes in Japan (KEK, Osaka University, Kyoto University, Saga University, Yamagata University, and NDA) and 28 from abroad (USA, Taiwan, Korea, Russia) participate in the KOTO experiment.They completed the detector in JFY 2012 and started the experiment in JFY 2013.

Moreover, the E06 TREK experiment measures, with a high statistical precision, the polarization of the muon spin in the decay of a charged kaon into a neutral pion, a muon, and a neutrino to reveal the breaking of Time reversal. “TREK” is the abbreviated name for “Time Reversal Experiment with Kaons”.

They performed the beam survey in JFY 2010 and 2011, and continue the preparation of the detector. 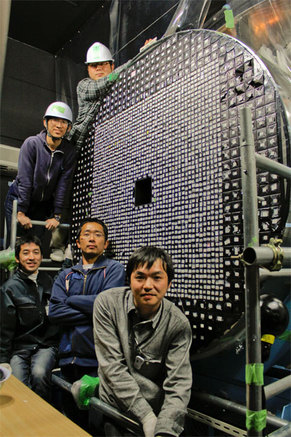 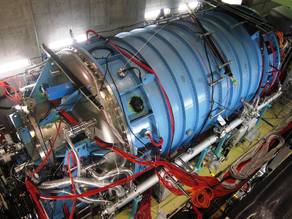