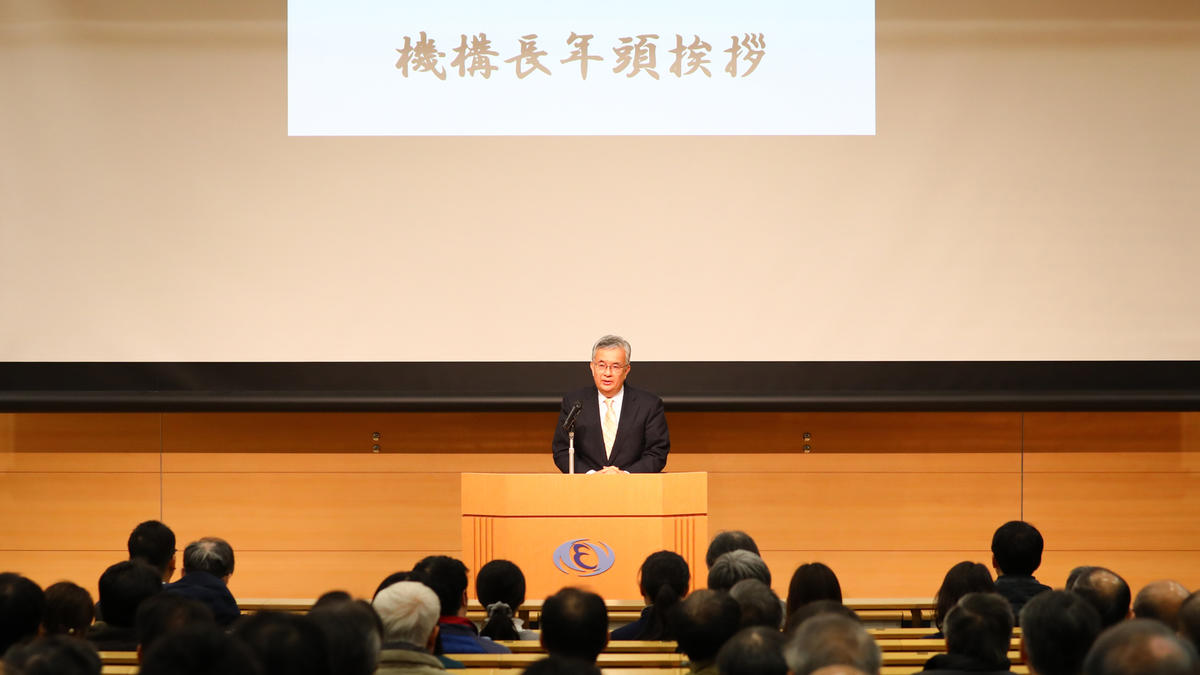 Happy New Year to you!

I do hope the year 2020 will be a happy and fruitful year for you, your family, and KEK. For the past several years, I have mentioned in my annual greeting that KEK has been undergoing great changes. These ongoing changes will gradually take shape beginning this year. I am firmly convinced that it is my most important mission to take advantage of these changes to further advance KEK as a cutting-edge research institution that consistently produces excellent results and contributes to society for many years to come.

One of the reasons that KEK and other inter-university research institute corporations are experiencing significant changes is because the national university administration is under major review. Another reason is a fundamental change in how society views basic sciences. Today, I would like to discuss these two points.

KEK was founded about 50 years ago as the first inter-university research institution. Since then KEK has contributed to the development of accelerator physics in tandem with university researchers. KEK experienced a major change when it was incorporated in 2014. Even with this change, our policy for “inter-university research” remained at the core of our raison d’etre. We are very proud that we have led academic studies in various fields in collaboration with universities and have contributed to enhancing research quality of Japan. I cannot but admire the high principles and efforts of my learned predecessors who founded KEK with the ideal of creating an inter-university research institute. While this ideal has not lost its momentum, is this the ideal that KEK should be based on in the next half century? As the 50th year approaches, I feel that wisdom should surpass the assets inherited from our learned predecessors. 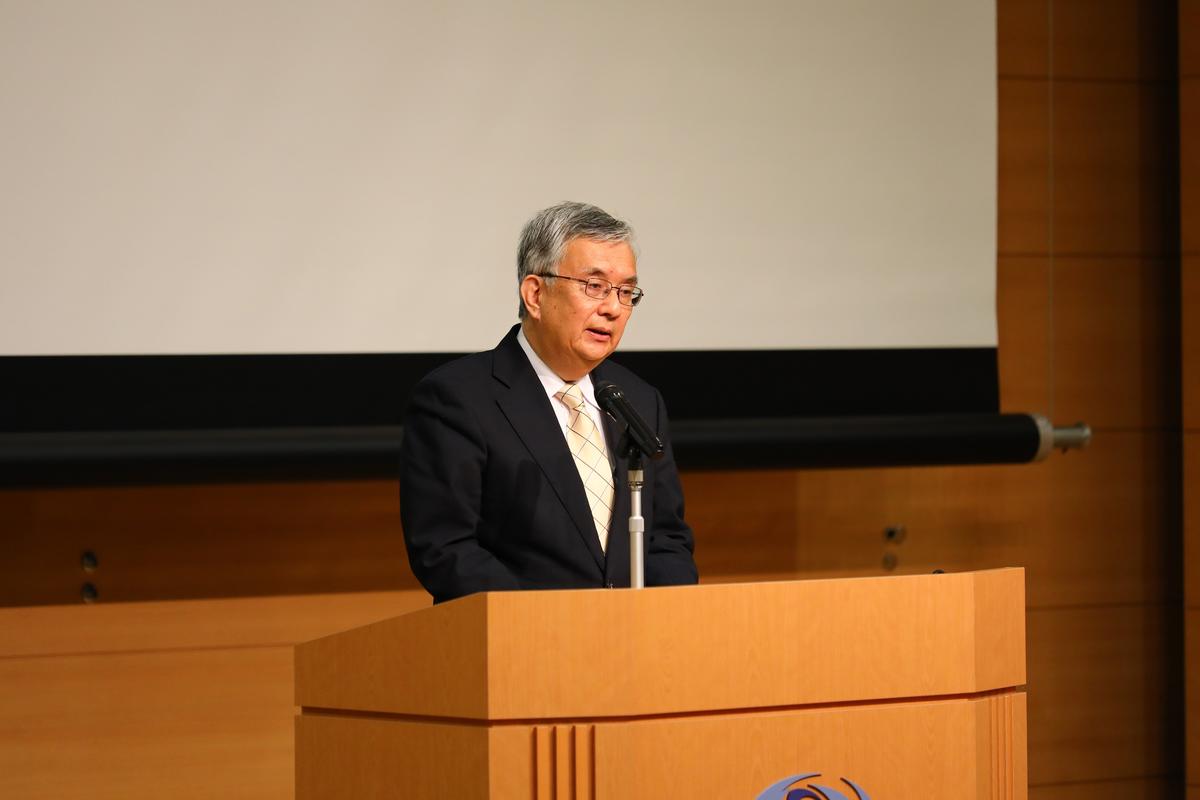 Another problem, which is considered more essential, is that the way that society looks at basic sciences is changing. Scientific research can directly lead to technological development, which can not only produce economic effects but also directly benefit our lives. One example is lithium-ion batteries. Dr. Akira Yoshino was a 2019 Nobel laureate for his contributions to their development. Although his initial motivation to conduct his research may have been scientific interest, the result is that lithium-ion batteries are ubiquitous in daily life and are found in diverse applications from smartphones to automobiles. Moreover, lithium-ion batteries are expected to play a pivotal role in the effective use of sustainable energy. This type of research is called Pasteur-type or Edison-type, of which value is easily recognizable. Thus, this sort of research tends to attract growing attention worldwide, as it is highly possible that enterprises will realize a return on investment. I do not mean to raise an objection to this trend. However, I have to firmly speak against the tendency to underestimate the value of fundamental research, which constitutes a large part of research conducted at KEK. That is, KEK conducts academic research to pursue truths based on intellectual curiosity, which is called Bohr-type.

Niels Bohr is a Danish physicist in the early 20th century who contributed greatly to the establishment of the basic physics called quantum mechanics. His research was motivated by philosophical questions. How can we understand what cannot be fully explained by the physics of Newton or Maxwell? How can we understand seemingly contradictory phenomena such as the particle and wave nature of light? It deserves special mention that the technological achievements attained in the subsequent 100 years were largely dependent on quantum mechanics. In other words, repeated devices and contrivances based on the truths elucidated by the predecessors in Bohr’s days resulted in the technological civilization we now enjoy. It is a shallow perspective to think that only these various devices and contrivances have resulted in the current technological civilization.

I think we should duly acknowledge that deep understanding of truths in the natural world worked behind the scenes to promote these devices and contrivances. As we cannot tell what sorts of developments will arise in the next 100 years, it is generally difficult for society to comprehend the importance of understanding such truths. However, people in different positions have begun promoting the importance of basic research, and their voices seem to be gradually permeating into society. There also seems to be an increasing number of government officials who are grasping the contribution of basic sciences. We naturally welcome this tendency because we feel that basic research, which is central to KEK, has yet to be fully understood. Thus, we think that we should continue to convey our explanations.

These days we hear the word AI everywhere. The movement to introduce AI into various things to produce new industries and dramatically change the way we live and society as a whole is progressing at an astounding speed. The technology of autonomous automobile driving is the most conspicuous example. In March of this year, a new mobile device with 5G will start operation in Japan, which is expected to change society completely. In an era where these new technologies are forming the core, how can we convey the significance of basic research conducted at KEK? How does our research need to change? I think we are currently confronting very difficult questions.

The road in front of us is neither flat nor a straight line. However, I truly believe that basic scientific research to elucidate the reality of nature and materials at the most fundamental part is the loftiest work of human beings. All KEK staff members play roles in advancing or directly supporting this noble mission. I hope that you feel proud of KEK and keep working with us to make 2020 a fruitful year. I promise to make the utmost effort together with the directors to support your endeavors.