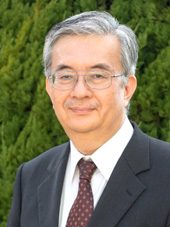 KEK has established its credit as one of the leading accelerator laboratories in the world, and is making substantial contributions to the basic sciences in the various fields. It serves as one of the inter-university research organizations to offer opportunities of frontier research to scientists and students in the Japanese universities, and contributes to progress of scientific research in Japan. More than 20,000 scientists visit KEK every year from abroad to carry out research program extensively at the accelerator facilities here. This provides extraordinary opportunity especially to young scientists to compete with each other internationally. Accomplishments of those international collaborations include: confirmation of Kobayashi-Maskawa theory, discoveries of many exotic compound particles and clarification of neutrino oscillation. Remarkable achievements have been obtained in material and life science as well, such as structure determination of novel superconductors and protein-drug complexes, and studies of novel properties induced by hydrogen atoms, spins and electrons in condensed matter. In addition to those ongoing research programs, there are extensive discussions on the future programs. The international linear collider is an ambitious project to reveal unknown fundamental laws of particles, which is being proposed by KEK and the international community of physicists. This project is now being considered in various aspects at committees formed under MEXT.

KEK's mission in the near future is to carry out the ongoing research programs stably and efficiently to derive the best scientific outcomes from them, and to open a firm route to the attractive future programs. We deeply recognize that such scientific research has been made possible by the understanding and support of the Japanese people. We observe all applicable laws and regulations to carry out the research program safely. KEK will further develop frontier of accelerator technologies, and play leading roles in diverse scientific researches.